Lughnasadh 2021 – The Beginning of the Harvest

Around the first of August, the season of Lughnasadh begins. It is an old Celtic festival marking the beginning of the harvest season, that lasts until Samhuinn, when the animals were brought from the grazing fields to shelter inside for the winter. I used to be able to feel the earth’s energy shift when Lughnasadh arrived, but I have not yet felt it this year. Whether it is because I am not as attuned as I used to be, or whether it has in fact not yet arrived, I’m not sure.

Regardless, knowing that August 1 has come and gone, I am feeling the gentle shift, if not in Nature, at least within myself. The time has come to think about the activities of the past year, especially from Alban Eiler (the spring equinox), until now. Movement may have begun to awaken for me at Imbolc, but as is typical, the direction that movement would take became more apparent by Alban Eiler, when new seeds for the current year’s harvest were planted.

Last year, Imbolc marked the waking awareness of COVID-19. Alban Eiler (the Spring Equinox) marked the beginning of what would be a very long, concerted effort to slow the pandemic, and for some, the race to create a vaccine. By Lughnasadh last year, we were fully reaping the heartbreaking harvest of not acting quickly enough, and the results of those who did not want to cooperate with the rest of the world in working together to end, or at least limit, the devastation.

It was a year of darkness, a darkness that pervaded through the summer and into fall, then winter. On December 8, 2020, the first vaccine shot was given to a grandmother in the United Kingdom. By Alban Arthan, the winter solstice, what was then the still-imperceptible light was beginning to dawn once again, and infection rates, and subsequently deaths, would soon begin falling.

By Imbolc of this year, I sensed that the world would soon begin peeking out of the bunkers we had all sheltered in. People had been forced into isolation, which afforded many a rare opportunity – or demand for some – to look inward; to examine themselves and the actions of others. Having been through the process myself, and having realized that I had been searching for years for a family of like-minded individuals, and that I would never find them all in one place, my focus shifted from my own search for connection to that of others. I realized that, if possible, I wanted to somehow further the evolutionary path of humanity, to help people to learn who they are, and how to get along with others. This is where we are going as a human family.

My plan had been to begin holding some simple ceremonies by Alban Eiler. But the reopening of society was proceeding slowly, and my own mental and physical healing, which I had begun focusing on just as the pandemic was taking hold, was dragging on. It wasn’t until Alban Eiler had passed that I was able to seriously consider offering a ceremony. April proved to be pretty chaotic, but finally, by Beltaine, the first of summer by the Celtic calendar, a ceremony became possible, and a few close friends answered the invitation to come together to begin yet another healing process.

Though the seeds I had wanted to plant at Alban Eiler were delayed, the full harvest is yet to be yielded. I realize now that this was to be a long-term venture, and not something that would grow and be reaped within one growing season. This will be a process, just as our collective healing and harmonization is a process, and will take time.

While sheltering in place and waiting to have surgery on my torn rotator cuff last year, I began learning a new hobby. I became interested in miniature gardening. Unable to do much physically at that time, this was something I could do that required little shoulder strength or movement, and still fulfilled my desire to work with Nature. The learning curve was steep and expensive, even with my previous knowledge of gardening. The general knowledge that had informed my gardening know-how for decades is in the process of becoming obsolete because of climate change. This year, especially this summer, it has become very apparent that I am going to have to listen more to Nature itself than to the human “experts”. Those gardening “experts” have not been keeping up with the accelerated changes that are occurring across our planet. And how could they? It has come down to each of us at a local level; Nature is forcing us to reconnect at our own community level to learn what is required for us locally in all aspects of life.

So, at the beginning of this yearly harvest time, I am rethinking my plans for the coming year. As I view the harvest of this past year (in terms of gardening), which plants have flourished, and which have not, trying to determine the reasons for all of it, I realize that I am no longer that interested in the actual tending of the gardens I am planting. It is the creative process that now drives me, the journey more than the destination. Certainly not the maintenance. I love to create, but I need to limit those creations to things that will be relatively self-sufficient, for the most part. At my age, I am past raising and caring for the young. I am ready to release that role and simply enjoy the fruits of my labor.

I have reached Lughnasadh, the beginning of the autumn harvest, not only of this year, but of my life. 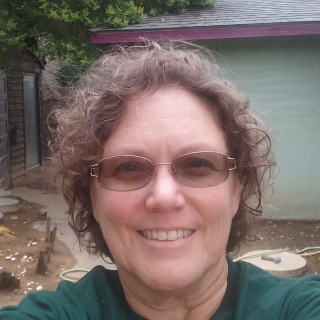